Birthdays seem to come along so fast these days, it didn’t seem that long ago since my last one – March, you seemed so far away, before you pounced on me from the shadows (!)
So here I am, turning a year older (at rather turn-ED a year older as of the 15th of March…), and being a bit of a last-minute planner, we decided to hop on a train to Cambridge for a day trip, because sometimes it’s nice to travel local.

The walk from the station to the town centre was a bit longer than we expected, which definitely worked up an appetite, so we stopped by at Stickybeaks on Hobson Street for some brunch, which seemed to be a popular spot. Set up in 2010, this local cafe takes its name from the Australian term ‘to stickybeak’ which means to have a bit of a nosey. They serve an all-day brunch menu on Sundays, from which we ordered a hearty potato hash with chorizo and egg, and a bacon and egg muffin.

We were later roped in to go on a punting tour along the River Cam, which I hadn’t been on since a few years back on my last visit. Considering that the weather was sunny and it wasn’t too crowded, we joined in at the promotional ‘student price’ of £15 (which I’m pretty sure they offer to mostly everyone…)
We sat on a larger 12-seater punt, which was more spacious than the 6-seater one I sat in last time (although my derriere was still slightly numb by the end of it), and the ‘traffic’ along the river was much less congested as opposed to the summer months, which can be quite manic.
A smooth and relaxing ride, led by our knowledgeable chauffeur guide who had 6 years of experience in punting. 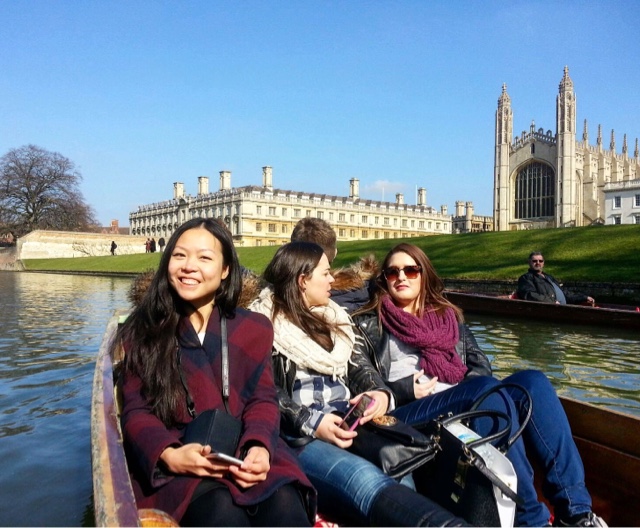 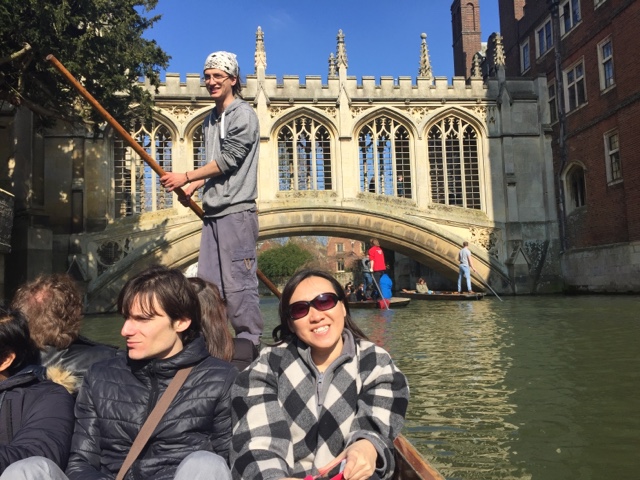 We had a quick stopover at Fitzbillies on Trumpington Street for lunch, an old-school bakery and cafe, known to be famous for their sticky chelsea buns which have been made and sold on the premises since 1921. I tried their sausage roll which they have been making in-house to the original recipe since they opened, served with Baker’s potatoes, their own fruit ketchup and green salad.
And of course I grabbed a couple of sticky chelsea buns and cake for the journey home. 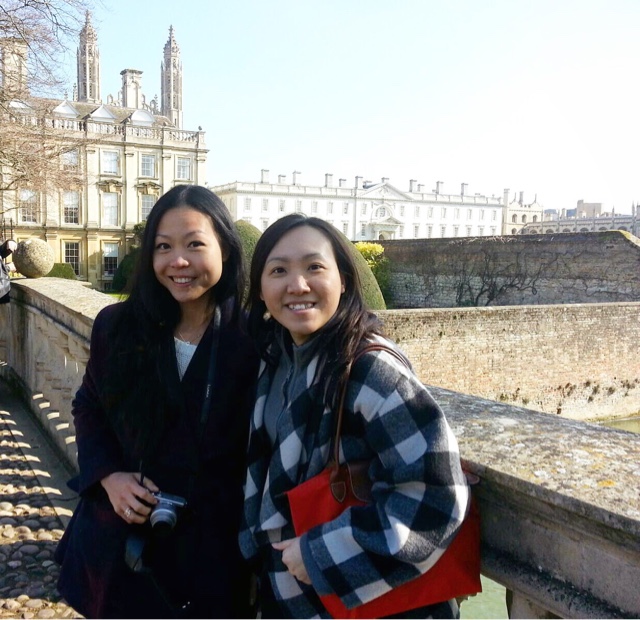 It was definitely a fun day out, and a nice little escape from the city. I should probably start doing more local trips like this on the weekend…
Thank you Lili for making the effort and spending some quality time for me before my birthday – I look forward to our next mini-adventure!